When Stuart joined Slimming World just 16 months ago, he weighed 37 stones. He struggled with walking and was embarrassed when he went to watch his local football club Mansfield Town – as he couldn’t fit through the turnstiles.

Speaking this week, after losing 22 stones 9lbs, he explained how his weight loss journey began after a minor car crash which made him realise what could have happened.

‘Luckily the incident wasn’t serious but the paramedics had to be called.
‘It was then I realised that if the accident had been more serious and I’d been injured they probably would have found me very difficult to treat.

‘I realised that any or all of those things could have prevented them from getting me to hospital in time and, ultimately, from saving my life. That was really my wake-up call and I joined Slimming World soon afterwards.’

He joined his local Slimming World group in Kirkby-in-Ashfield, Nottinghamshire, and began his weight loss journey. Swopping his high calorie diet for the Slimming World Extra Easy plan, he began losing the pounds and within 16 months, was at his target weight.

‘I can’t speak highly enough of the whole experience and I’ve had so much support from my consultant Annette and the rest of the group.

I’m always encouraging other men to join now and one of my male colleagues has even lost 3st.’

Stuart began cycling to help with his new regime, and now cycles around 40 miles per week. He works the scoreboard at the One Call Stadium in Mansfield – and now can happily fit through the turnstiles

‘Life is immeasurably better and I enjoy every moment. Now I’m ready for the next chapter of my life which will hopefully involve meeting someone to share all this with and starting a family.’ 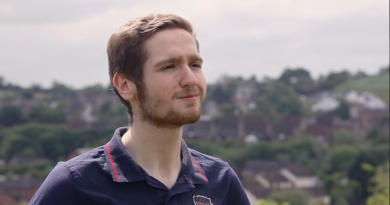 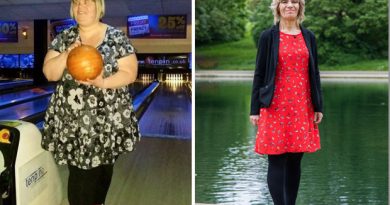